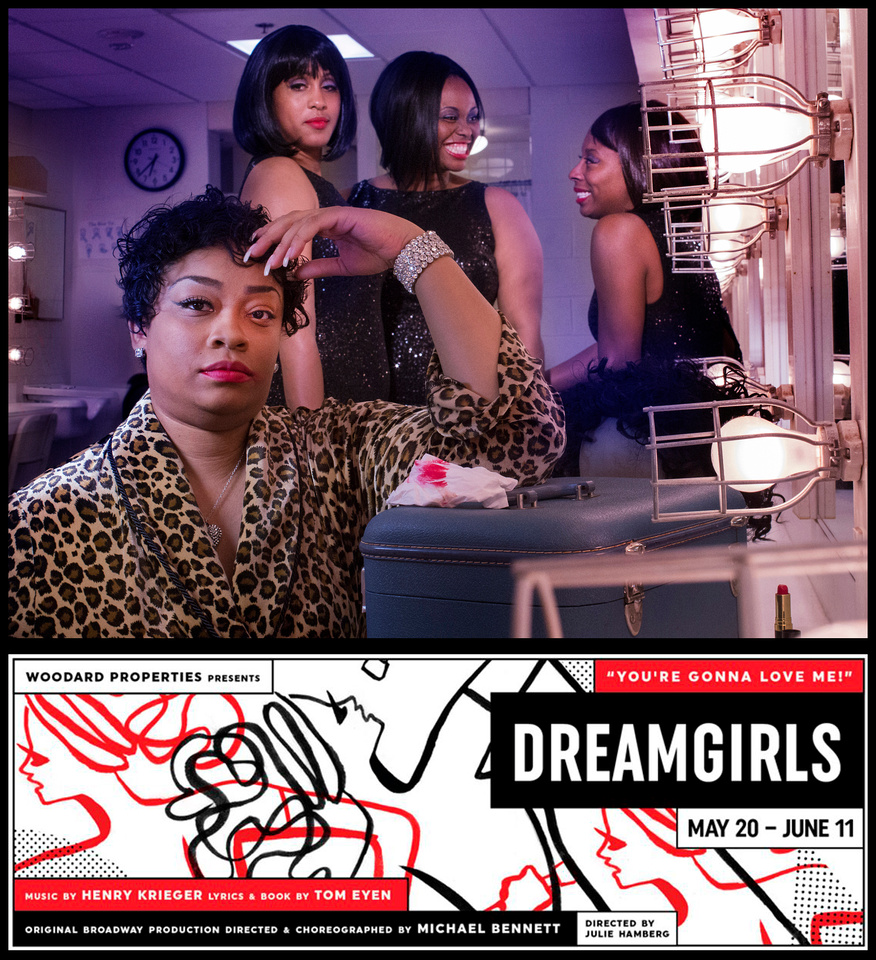 What a fun shoot and a great local show Charlottesville show presented by Live Arts, check it out!

The smash-hit Broadway musical about the meteoric rise of a female trio of black singers is a fresh and charismatic now as it was over 30 years ago.  As The Dreamettes gain in popularity, the group’s manager decides to replace their overweight lead singer with a more glamorous and svelte prospect.

Loosely based on The Supremes and set amid the turbulence of the 1960s culture wars, this show sizzles with behind-the-scenes drama.  It’s the story of betrayal, aspiration, and determination in the face of rejection.

Featuring the songs that launched the careers of Jennifer Holliday, Loretta Devine, and Sheryl Lee Ralph; DREAMGIRLS fills the soul and heart with love, laughter, and music.   http://www.livearts.org/dreamgirls/